So when I left you last I had gotten my Girlfriends son into racing bmx and it was going well. Kenny made intermediate really fast and was doing great... Then he broke his collar bone. He was actually done with racing and wanted nothing more to do with it. I some how kept him involved by going to dirt jumps and just keeping him riding in general.
This all went on for about 8 monthes and we somehow convinced him to goto Supercamp. Needless to say Supercamp has been an incredible experience for our family. We've all had a blast going to the camps ever since then, but the first one is the one that put the spark to race back into Kenny. Kenny loves Bubba and still gets a little star struck around him to this day. So Kenny was back in the game and my focus to help him Intensified.
Around this time Kenny wanted to be on YouTube really bad. I had no experience in this at all, hell, I didn't even own a camera, but I bought a little blue flip camera and it began. I never intended to focus on videos at all, it just happened from trying to help Kennys experience be more enjoyable. So Kenny Cross Bmx was born, as that was our original YouTube page.
Originaly it was just a clip or a lap of Kenny racing, but my brother was taking a video editing class and he inspired me to download an editing program and play around with it. It was a lot of fun and i was soon drawn into video editing. Also around this time I started putting other riders in videos. That in itself has been a blessing and a curse. On one hand ive made some really good friends and gotten to experience lots of cool stuff from making those videos.  On the other hand its also caused me problems. I have people that don't talk to me anymore because I don't cover their kid enough to make them happy. I know it sounds crazy, but its happened a lot.
I always tell Kenny and Jess about how I miss the days when we went to the races and we didn't know anyone. Not that I don't like all the friends we've made, but there was something special about the times we spent together just us experiencing a new adventure TOGETHER. For me not having my dad around growing up, those times sort of helped me get past all that and I enjoyed them a lot. So this was another therapeutic avenue for me.
As time went on the videos got more popular and the amount of time to put them out was becoming huge and focus was being applied to that as well as Kenny. It's kind of funny because the more videos we made the more Kenny Shyed away from it. I think that was do to the attention it gave him that he never expected to receive.
All was going well overall, we were having fun, Kenny was making progress and it was cool. But eventually the fateful day came where I started fighting with people on vintage about me being an overposter and people didn't like it. Now I understand nowadays its not ok to stand up for your self and what you believe in. Now your supposed to cry victim and point out how someone's hurting your feelings and let the powers that be step in and handle your problems. I grew up in a different time, when you stood up for yourself and what you believe in. Based on this up bringing and those fights on Vintage, Westside bmx was born and my focus was about to change drasticly.... Part 3 coming soon. 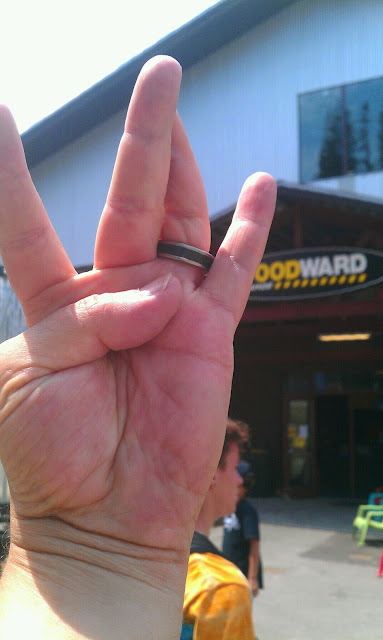