Today was my moms birthday. It was also my friend Yianni's birthday.  I'm notorious for throwing parties, especially birthday parties.  Life deserves to be celebrated. So what does the only child of a single woman do?  Throws a party and invites my friends. Including Yianni, because the woman who doesn't get BMX, I mean GET IT, should definitely be with a crazy group of BMXers. Yes, definitely.
If you take the number of races my mom had been to, multiply it by two, you would still have room on one hand. No joke. I attribute this to one bad race she attended early on when Nick was five expert and the parents were crazier. Well, that and the fact that she hates dirt. Don't get me wrong, she always checks in on Nick at Nationals, she knows the pressure and what he goes through. She just doesn't get it like us. Or does she?...
Tonight when I said goodbye and kissed her off she thanked me as she always does but she added, "you have such a great group of friends." That simple statement from my mother spoke volumes to me. She does get it. In fact, I realized at that moment, the last three parties I've held she's attended. She still doesn't come to the track, but she's coming to parties. This is what BMX is about for our family: celebrating life.
Yes, winning races is what racing BMX is about, but to stay long term, truly engross yourself in the culture, means to make BMX part of your life. It's just hard not to.
It's been seven years since Nick started on that mini and in that time we've seen so much. So much yuck and ick and "drama" as we like to call it; but so much more love, support, friendship and guidance than I could have imagined. My six month old son is surrounded by love and laughter. His godparents, you guessed it:  BMX friends...
I'm so grateful for the people in my life.  Yianni and his family as much as my own family. I've been to hell and back with him and I'd go again because I know he has my back. His loyalty to me and my peeps is deep. Do we always agree? No. But we are familly and that affords us a certain amount of annoyance. Plus I love his wife. She gets me because she married a me. You have a one way ticket to Heaven for your loyalty Dawn.  Okay, Greg too. 😁
My point is, tonight, BMX bonded my blood family to my friend family and it was awesome. Also, anytime you have two kinds of birthday cake, you're doing good.
Peace out friends. Coconut cake awaits...
Posted by West Side BMX at 10:30 PM No comments:

The tour was once again a great experience and if you read Allisons blog then you got a little insight.I have over 5 hours of footage to start sorting thru for this years DVD and this video is just a preview.Give it a watch and stay tuned for more.
Posted by West Side BMX at 6:01 PM No comments:

We are getting ready to leave for Vegas and our 2014 tour. Last year we hit SoCal and this year it's NorCal. Be sure to follow us on all social medias and check back here for updates. We will also have new  limited edition WESTSIDE shirts for $20 so hit us up. 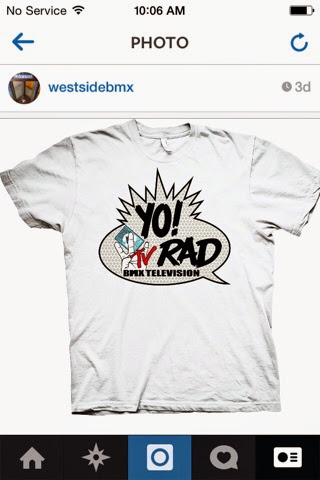 I couldnt tell you how many parties our family has been to at the Adams family home.They have become like family to us and its things like this that i seem to look at the fondest as time goes on. Thanks again to them for having us and everyone else.
Posted by West Side BMX at 3:11 PM No comments: