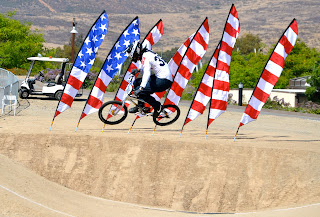 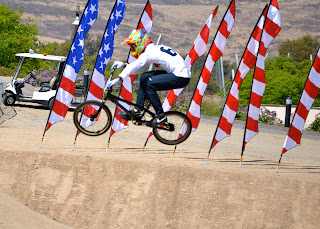 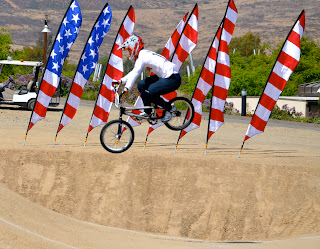 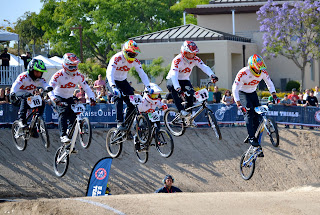 The olympic bmx team has been chosen.It was really cool for me, a huge bmx fan, to see the 8 riders putting it all on the line for their dreams.I have read all of the drama people are putting out there on some of the message boards and i think it would be there no matter what.
Connor fields was going no matter what and is a great talent and ambassador for our country.The last spot on the team is the one that is raising all the controversy.Mike day and Corben Sharrah put forth some of the best bmx racing ive ever seen at the trials.They put it all on the line and rode like they wanted it more than anyone else, and i think thats what is upsetting to some people.Corbin pretty much dominated the trials and Mikey showed more heart than anyone.The talk after the trials was  which one of these two would get the coaches pick.I think 99% of the bmx community was surprised they gave it to Nic. 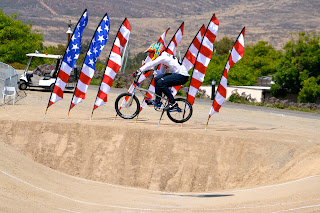 Is Nic our best shot out of those three to bring home a medal?Its impossible to say.This is bmx after all and anything can happen.I personally think Nic is an incredible rider and he is about to live every bmxers dream.Im not sure what made the "coaches Pick" go in his favor, but  he now has alot of weight on his shoulders.With all  of the conspiracy theorists and haters out there, everyone is going to jump all over him if he makes a mistake and say so and so should have gone.But the bottom line is he is going and it doesnt matter what anyone else thinks.
We have a solid group of riders going to the games and they will have their hands full battling the best in the world.Good luck to all that made it and congratulations.USA USA USA USA.