A sorta half a$$ westside history. 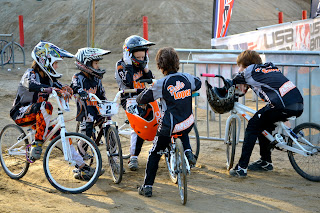 It all started with Kenny Cross.....

Being able to have the oppurtunity to start the website has been a dream come true for me.Ive loved bmx since i was 7 years old and ive been facinated with it ever since.I raced when i was kid and i never felt better then when i was on my bike.I never raced as much as Kenny does or had his success and i would actually admire the kids like him that i would see in the magazines.This was way before the internet.I looked forward to seeing the pictures in the magazines more then anything in the world and they only came out once a month.Bob Osborn seemed like the perfect father and RL was the coolest dude in the world.And Wendy took the sickest pics.

So lets fast forward a few decades and im in my early 30s.I started dating Jessica after i survived some crazy years(lets just leave it at that) and soon met Kenny Cross.He had just turned 6 and i was getting back into bmx after a long time away.This was the first year of the Dew tour so i scored some tickets and gave them to Jess to take him and thats where we met.I asked him if hes ever been to a BMX track and he said no, the next day i drove to Santa Nella and traded a cruiser for a Redline for him to start racing.He fell in love with it instantly and showed alot  of natural ability.He smashed thru the novice class and started doing good in intermediate and then he broke his collar bone.

He didnt go to a bmx track for a year and a half after that.But during that time i took him to ride bikes all the time.Trails,bike parks,skate parks, open tracks, even parking lots.But the year Obama gave out stimulas money i convinced him to go to Supercamp and Barack payed for it.He fell in love with racing again.Also around the same time i stopped riding bikes after doing a straight body plant at the Pleasanton bike park.First time i ever rode in an ambulance.I love riding bmx bikes but i also need to be responsible and work, and i cant do my job injured.

So Westsidebmx.com started from some silly argument i had on another site about my posting etiquette. Basically a few people told me if i didn't like how it was, to make my own website and i can do what ever i want. Best advice ever.Because from the site, i started the team and that has been a killer experience.But in the beginning i said it all started with Kenny Cross, and it did, because he used to bug me all the time to put him on Youtube.Kennycrossbmx is the original youtube channel i use.Its named that because in the beginning thats what it was.Clips of Kenny posted by someone that knows nothing about videos.I will never claim my videos are ground breaking or high tech or well made. But i have had alot of people tell me that they got choked up seeing their kid race while watching a video i made. Or that their kid watched a video so many times the songs forever stuck in their head.To me thats pretty cool.